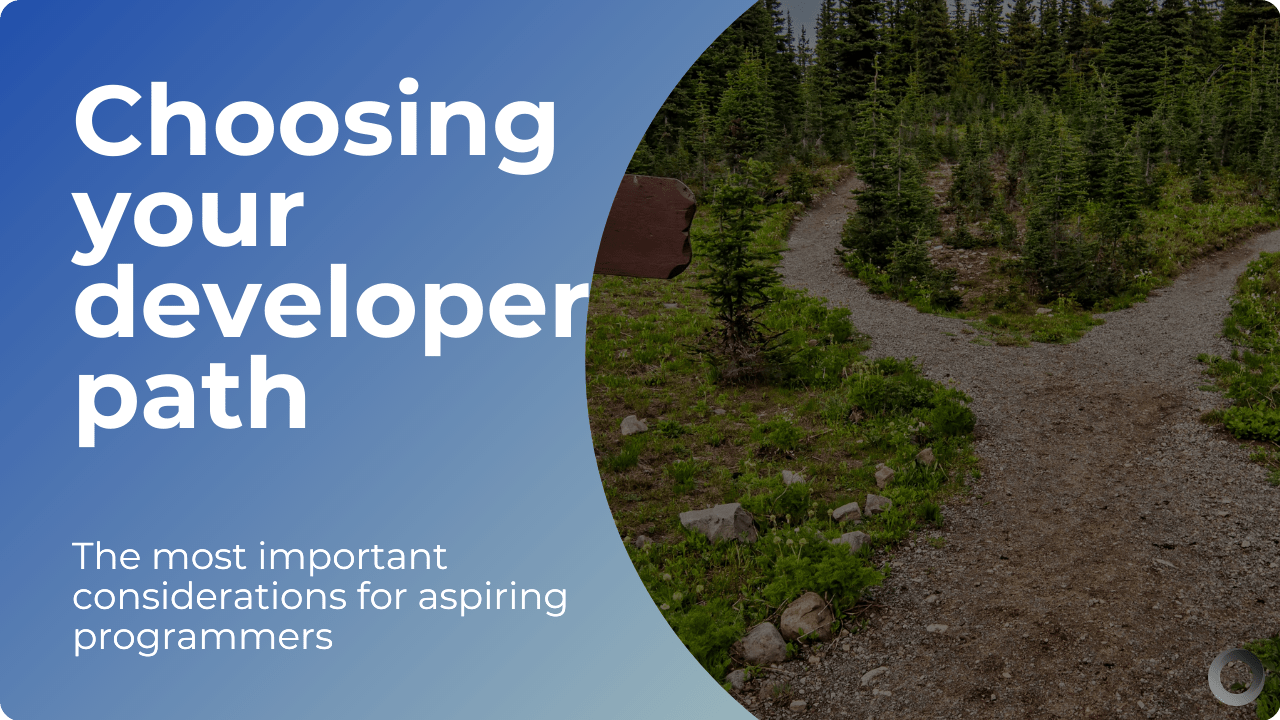 Summary: ↬ In this post, we have an overview of all the possible paths that we can take as a developer

Opportunities appear when you least expect them

A few months back, I was at home under mandatory quarantine -yes, there was a crazy pandemic wrecking havoc, but I don't want to talk about that right now-. Out of nowhere, an old college friend texted me. We have been so busy that neither had much time to text each other, so we get to catch up a bit. A few minutes into the conversation he mentions that he started studying something different, we are both civil engineers, and apparently, both have been thinking for a while about changing careers.

I got curious, so I asked what he was studying. He said that he started studying IT. Because I really like computers, I got more and more curious so kept on asking things. After the conversation ended, well, do you remember when you were a kid, that curiosity that drives you into doing crazy things?, yep, I felt that way. So, I started to do my own research and maybe start studying the same my friend was studying.

For the next few days, I did a lot of research and the more I read, the curious I got about starting to study IT. Things started getting more and more interesting and then...

During my research, I stumbled with an old friend of mine...coding. Back then when I was in college, I had to take a few classes about programming. Of course, they were applied to my career but, as frustrating as it was, I really enjoyed learning a bit of programming. Because of my career and then work, I left programming behind until I re-encountered with it during my research.

So, my research started to take a turn from IT to maybe starting to learn how to write code. Of course, I learned some back in college but after years of not using that knowledge is safe to say that I forgot completely about it.

Entering the world of software development

Now, you may be thinking, "why are you telling me all this?". Well, the main reason is that I wanted to share how I got into this fascinating world. But besides that, it's safe to say that every one of us goes through a different path and gets into programming in different ways. Some of us wanted to become a programmer ever since we remember, others are just discovering the profession and others are just entertaining the possibility. The point is that we all are here right now, wanting to learn to write code.

Now, if you are one of those who are just starting or just considering the possibility. I have to tell you. It's not easy, you will struggle, but it's worth it. And no, I'm not telling you this to scare you, but I think it's really important for you to know this from the beginning. From what I have seen, most of the people who quit learning, do it because they find it either too difficult or it's simply not what they expected.

Learning to code is not easy, I want you to ask yourself this question: "do I really want to learn how to write code?", take a few minutes and think about it, be really honest with yourself. Ask yourself: "why I want to learn?", " am I really interested?", "do I really like programming?".

Now, the reason why you want to learn is yours, it doesn't matter what it is, as long as it is valid and important to you. It could be anything, it could be because you want to change careers, or you were offered a good project and want to work on it, or have an idea for an application and want to build it by yourself, or you're doing it as a hobby, even that you are doing it because you want to earn some extra money. In the end, the more important thing is that you are clear on why are you starting to learn to program.

I want to learn...let's start coding?

Once you have decided you want to learn, it's time to start coding...right?! Sorry, is not that simple. Before you start coding there are many other decisions you have to make. There are some important ones like, where am I going to study, do I go to college?. Do I go to a Bootcamp? do I learn on my own? and many more.

But before answering any of those questions, I think there is a more important decision that you have to make. Now ask yourself: what do I want to learn?. Your first instinct could be to answer "I want to learn to program, obviously!". And you may not be wrong, the question is what type of programming?

You see, when I first started to research about learning programming, I was bombarded with many programming languages (Java, JavaScript, C/C++, Python, just to name a few). So I thought the most important thing was to learn all of those languages. Little did I knew that the most important thing wasn't the language but the reason you are learning it.

In some ways, programming is like painting. You start with a blank canvas and certain basic raw materials. You use a combination of science, art, and craft to determine what to do with them. - Andrew Hunt

At the end of the day, programming languages are just that, languages. They are just a way for us humans to give instructions to computers. But in order the learn any of those languages you first need to be clear on why are learning that language, what instructions do you want to pass to the computer.

Here is the main point I wanted to make. You need to be sure of what do you want to do in your programming career before considering what language to learn.

Now, don't worry, there is nothing that forbids you later from changing path. But for the moment, I think is best you pick one and focus on that path, because, there is no need for you to learn JavaScript if you want to focus on game development or learn C++ if you want to develop apps. It's not that you can't use those languages for those purposes, it's just that there are other languages that are better suited for them.

If you want to learn to program, the only one who can stop you is yourself. Think about your motives, what drives you to learn? what are your goals? what do you want to achieve? what projects do you have in mind?. For now don't worry about which programming language should you learn, focus on your ultimate goals because those are the ones who will determine what path should you follow...